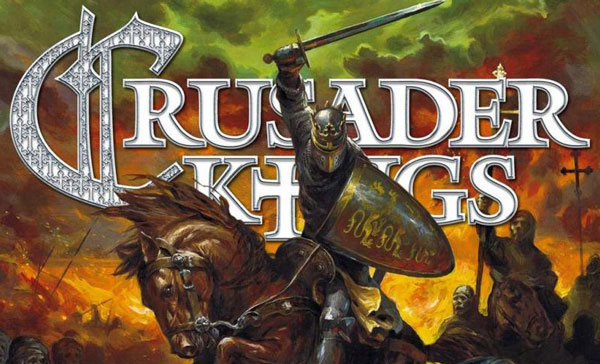 While it may be true that the Total War series pretty much has the grand-scale real-time strategy genre sewn up in most respects, people should remember that it isn&#39;t the only option to turn to for gamers that are looking for almost total control over a civilisation&#39;s every action, reaction, and ultimate fate. Crusader Kings is the seventh iteration of its type from Paradox entertainment, and it promises to offer a civilisation sim with an all-encompassing scope and staggering depth.

While a majority of Paradox Entertainment’s grand-strategy titles focus largely on the fates of entire countries as they are put directly under your control for the purposes of epic entertainment, their direction with Crusader Kings is a little different. Instead of taking charge of a country and all of the responsibility that comes with the job in Paradox’s previous titles such as the long-running Europa Universalis, Crusader Kings has you implementing control over a dynasty, one that you must build and lead to prosperity in the full-on virtual world with epic landscapes and stunning realism (even for a 2004 game).

It would be a mistake to write Crusader Kings off as just another Total War clone: its pace is markedly different from said series, possessing more of an RPG flavour than its counterparts and requiring considerably more forward planning as a result. The game commences in 1066 and is concerned with the period that spans. Continue Reading

Insert Yourself Into History

European history buffs will absolutely adore the game’s opening hours since you’re asked to choose a nation to assume control of, inserting yourself at some of the most crucial moments in their history (think Battle of Hastings of course, as well as other conflicts such as the Hundred Years War) and leading them through time and essentially writing your own version of history as you go.

After selecting a nation you’re assigned a ruler by the game. You’ll get to witness and experience many historical figures throughout including El Cid, William the Conqueror, Edward III, and Alexius Comnenus. The detail is such that you’ll even be asked to focus partially on taking a spouse and ensuring the prosperity of your own bloodline through time.

The management of your country and its dynasty requires a fair amount of forethought, mainly due to the sheer depth of strategy required. You’re asked to manage multiple social classes that your territory/country is divided into: Nobility, Clergy, Burgher, and Peasant. You’ll spend much of your time attempting to facilitate compromise and balance between these four classes in order to assure a stable country and dynasty, much like balancing a giant, four-fold cheque book whose individual sections become displeased if the equilibrium is disturbed; you’ll lose support if you’re not managing each class well enough.

Such is the realistic nature of the action that you cannot simply go waging war on every surrounding territory just because your breakfast was sub-par that morning or because a certain peasant gave you the stink eye after you squeezed their class for all the money they have. You’ll have to have reasonable justification for going to war in the first place, whether this is because you’re after a certain expanse of land or wish to fight for a certain position on the ladder.

You also have to manage the anger of the nations surrounding the one you just invaded, often requiring more appeasement than was coming from Britain and France in the 1930s. There is so much detail involved in plotting your strategy for the next invasion and then managing all aspects of the conflict that if often feels a little too overwhelming, but to this I say you shouldn’t really be playing a grand-strategy, macro-management civilisation sim if you don’t want to be completely and utterly immersed in almost every aspect of the nation you’re looking to control.

If That’s What You’re Into

The main problem I can see people having with Crusader Kings, aside from the overwhelming breadth of its scope, is the game’s relatively lacklustre attempt at representing everything visually. Yes, I’m complaining about the graphics, and rightfully so too because they are pretty much as barebones as games like this get. You’re greeted with mere sprites on a grand map that represents all of the nations in the world. Compared to modern-day games like Total War: Attila this kind of deficit is expected, but the graphics are fairly stripped-down even compared to its contemporaries.

Essentially, you’ve got to be on the hardcore side of the simulation-game fan-base to truly enjoy what Crusader Kings has to offer. Its sheer scope and depth is not to be taken lightly. There is often so much to do that anything less than your complete and undivided attention for consecutive hours at a time will result in a less-than-ideal outcome for your country/dynasty; you simply won’t be able to enjoy the true beauty of the game if you’re giving it less than all of your effort and adoration. But this is what the hardcore grand-sim lovers are after, myself included. Forget Medieval: Total War; Crusader Kings is still up there with such titles in terms of depth and quality, even if Paradox Interactive ensured that the game’s graphics were nowhere near as pioneering as this game’s contemporaries.