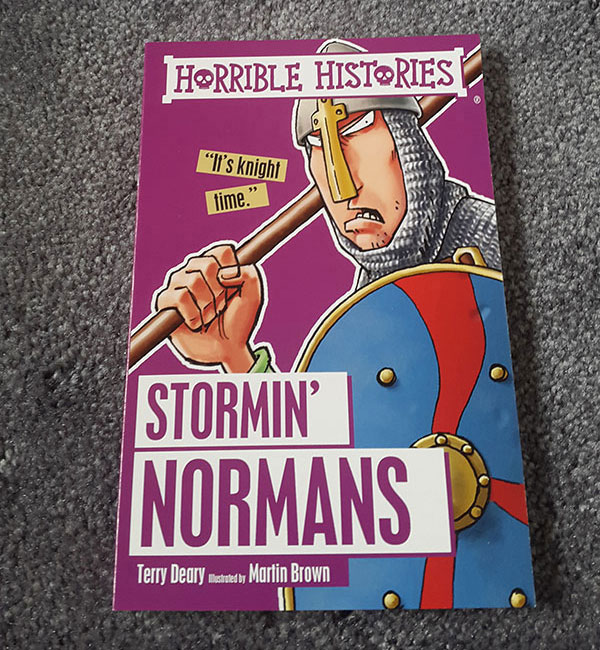 Would you like to read how the Norman knights slept with dollies? Why is this you may ask? The answer to this and more is featured in Horrible Histories Stormin Normans where kids can read in grisly detail about the Norman Conquests and the Crusades. With foul facts and gruesome jokes the kids will be engrossed from start to finish while learning about this important historical era.

It All Begins with William the Conqueror

William of Normandy defeated King Harold at the Battle of Hastings in 1066 a fact that many of us already know but do we know the more gruesome facts surrounding William. For us the answer is no! For example, Stormin Normans tells us how William had thirty-two prominent citizens of Alencons’ feet and hands cut off and paraded as a warning to others when he took over the town. Pretty gruesome we think you will agree! The book also blasts some of the facts mooted by the French historians about Matilda Williams wife.

The battle of Hastings is covered in diary format along with the rest of 1066 making it easy for kids to follow the timeline of what happened between William and Harold’s armies. The beliefs of the English who were conquered by William are explored, while the use of poison by the Normans to get rid of anyone they disliked is also covered. 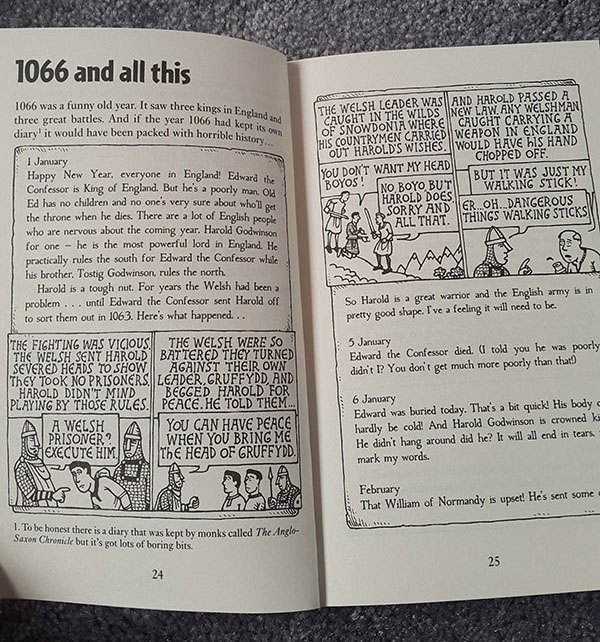 How did the Normans eat? Some ate well but looking at the recipes in Stormin Normans may just turn your stomach. The same can be said of how the Normans dressed. The rich naturally dressed the best using peacock feathers as decoration. Poulaines which were the very pointed shoes of the time were also popular and there is a really funny drawing of a man with extra-long points turned up to his waist featured in this section.

Our kids decided they wouldn’t have liked to have lived in Norman times as entertainment back then was in the form of jongleurs, entertainers who sang, juggled and danced, while facts of what the Normans believed caused some amusement as they just about believed they were right about everything since God was on their side. Being a peasant child is also something our kids would not have wished to be as there were plenty of oohs and yuks when reading about the life of a peasant child. Children worked very hard doing jobs such as

As usual our seven-year-old liked the nasty bits best. His favourite facts included how The Normans were hacked to death when they tried to take over Durham. Stormin Normans also features gruesome details of how the monks lived (not the innocent holy men we may think) and fought, along with harrowing tales of the crusaders.

We thought we were quite well informed about the Norman era but as with all Horrible Histories titles we learned a lot and then some. The kids really enjoyed reading the book along with attempting the puzzles and quizzes too. Reading Horrible Histories Stormin Normans is a fun way to learn about specifically important dates in history with all the blood guts and gore left in which suits our children down to the ground. As part of a twenty-book collection box Stormin Normans stands up well against the other nineteen titles. A fabulously gory read for all the family to enjoy.