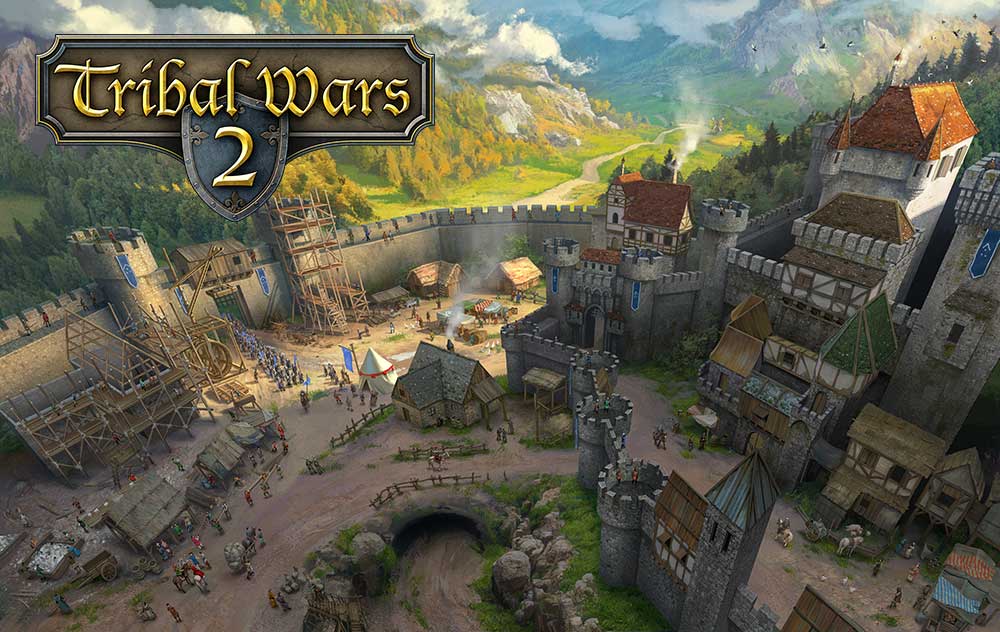 Developed by Innogames, Tribal Wars 2 is a web based middle-ages kingdom management game designed for folks who feel that Clash of Clans is too simple or cartoony. Players are given their own kingdom to rule and expand in a massive persistent game map with a global user base. The game starts off pretty simple and slow, with players focusing mainly on learning how to manage their kingdom. Later on, players will have to start interacting with other players as well –expanding the scope and range of gameplay. Those familiar with other F2P games in the genre would know what to expect in this title.

If real time PVP strategy games are your kind of thing, then Tribal Wars 2 has your number. This game puts plenty of focus on the player versus player content once you get past the initial tutorial stages, and there is now way to compete unless you are willing to partake in some of the game’s ludicrous freemium content. It is a harsh cycle , but for some folks the glory of ranking high on leaderboards is a priceless trophy that they are willing to wage war for –and in Tribal Wars 2, that is exactly what you do.

What is Tribal Wars 2?

Fans of the genre would find that Tribal War 2’s starting paces are all too familiar. Click to build, click to harvest, click to gather, click to train, click to deploy –you get the idea. Plenty of tasks will have you clicking and waiting for the task to get finished, then you can proceed to do more clicking and waiting. The ‘game’ comes in the form of you making key decisions. Do you train more soldiers, allocate your resources for upgrades, save up for something massive? Do you send your troops out to nearby low-risk missions or invest in large scale attacks for major high-risk rewards?  It feels simple at first, but the various layers of the game’s complexity piles upon itself as you get further in the game.

The main meat of the game is the multiplayer bit, and there you will establish your relations with the territories around you. Do you make allies or do you wage war? A good rule of thumb is to get good alliances from the bat –preferably something welcoming of new players and has no quota to be pressured with.

Of course, it goes without saying that many of the established alliances are pretty strong, and while catching up is not impossible, those who plan to do so will have plenty of things to do to keep them busy.

There is no doubt that most of Tribal War 2’s highest ranked players are those who invest heavily in the game –in terms of both purchases and time. After all, good competition can really drive people to put in everything they have to win. While most of TW2’s gameplay can be grinded through with time and patience, those seeking to climb the ladder will have to do it with other means.

Of course, cash alone will not make you a great player here. Being able to manage your alliances, wisely use resources, and be able to set up a sustainable kingdom is also important. After all, if you have bad relations with the other players near your border, you would constantly find yourself in danger of getting raided. This seeps away at both your time and your resources, which is something that you cannot afford if reaching number 1 is your main goal.

It is hard to fully appreciate games with an F2P architecture, but at the same time, it makes sense. The game is pretty much and accessible from almost anywhere –and developers need to get paid. Adding in freemium content encourages players to spend their real cash for virtual goods –and if they can compete for global rankings in the process, even better. As a game, Tribal Wars 2 is a pretty solid gaming experience, and while it does not offer anything new in terms of actual gameplay, it does get all the key elements right.