Browse the medieval history of each country in the UK.

Choose either England, Scotland or Wales.

The Medieval period is often seen by people as an era of backwardness, as well as sometimes being ignored or skipped-over because people can think that the events of this period were just minor stepping-stones from the classical era to modern times. Read More

Many movies have been made that involve castle sieges. We tend to have a romanticized view of what actually happened in these battles as heroes and heroines in full make up destroy the enemy to save the day. Nothing could be further from the truth than this. Castle sieges were very long drawn out affairs that could last for months or even years as a siege was not a short simple procedure but a tactical strategic operation that took planning and determination. Many castle sieges happened during The Middle Ages when castles were built with such impenetrable fortification that getting over the moat and into the structure was nigh on impossible. Read More

The middle age period covers from around the year 400 through to 1485 and is divided into three periods known as the early middle ages, the high middle ages and the late middle ages. Great Britain as it was known comprised of England, Scotland and Wales as Ireland was a separate country during this period. Here we take a look at England during the middle ages, how we lived, worked and what life was like in general.

We imagine life in medieval Scotland to be the picture painted in Scottish ballads with kings, queens, knights and wonderful castles at the forefront of life back then. There may have been all these things but the reality of life during the middle ages for the Scots was very different. Let’s take a look at how the Scots lived and dispel the fairy tale!

The Middle Ages in Wales was a time of political and social change, while its tribal language and culture prevailed throughout the era. Here we take a look at how the Welsh lived in the Medieval Times and how the indigenous people of the region made it the proud area of Britain it remains today. 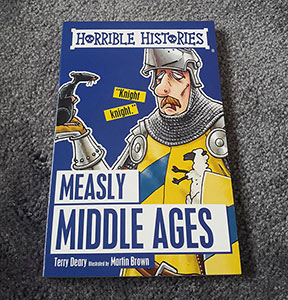 Discover all the foul facts about the Middle Ages including all the guts and gore when reading Horrible Histories Measly Middle Ages. Read More 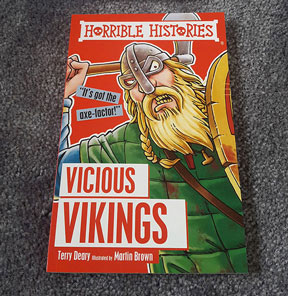 Discover all the foul facts about the Vicious Vikings the truth and nothing but the truth with all the gory details left in! Read More

Visit a Museum in the UK

While the situation regarding the corona virus in the UK has lead to all museums being shut, take a look at the places you visit to learn more about medieval history once the museums have opened back up again.