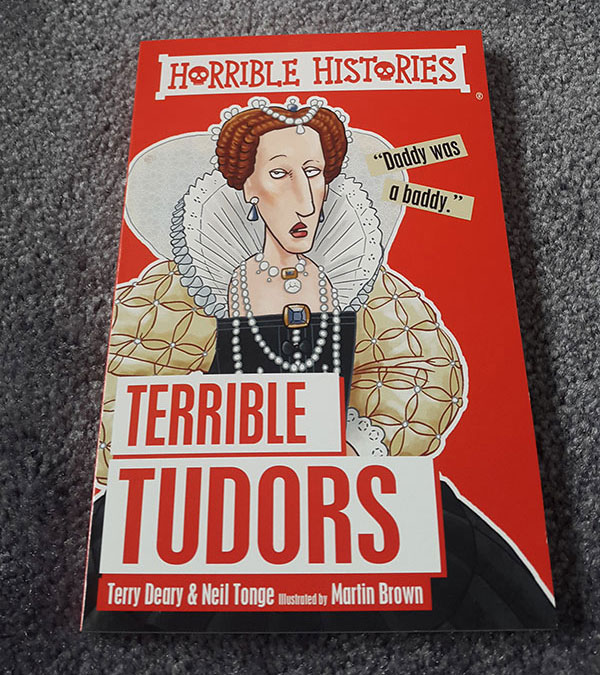 Were the Tudors really terrible? This Horrible Histories edition tells us all the nasty facts regarding the Tudors rather than offering just the nice bits about this regal dynasty that some books and movies do. Take a truthful trip through Tudor life to see if you think you would have liked to live under these gruesome kings and queens.

It All Began with Henry VII

The kids have learned a little about Henry VIII – https://www.theschoolrun.com/homework-help/king-henry-viii so were keen to see what Horrible Histories had in store about one of the most famous monarchs of all time. This period in history changed the lives of the English forever, while the book covers all the Tudor family from the first monarch Henry VII through to Elizabeth I who was the last of the Tudor dynasty. In fact the book covers all things Tudor not just the kings and queens and includes Tudor

Our children were fascinated to read about Henry VIII’s wives, why they married Henry and whether they lived or died because of the union. The little drawings next to each wife’s name are very funny. If they survived there is a pencil drawing of a foot walking. If they were executed there is an axe meaning of course they had their heads chopped off! They also liked the limericks too. The one about Elizabeth I – https://learnenglishkids.britishcouncil.org/en/short-stories/elizabeth-i is my favourite, read it and see what you think!

Only one in ten people reached the age of forty in Tudor times which surprised our kids as their great grandad is now ninety-five! Medicine or the lack of it is covered in the book along with what it was like to go to school back then (that is indeed if you were lucky enough to go). When it comes to crime and punishment we all learned a lot. Poor people were punished for simply stealing food to eat when they were starving, while there were lots of political punishments with both Catholics and Protestants being persecuted in turn during the Tudor period. The kids were amazed at the gory ways they executed people back then. Hung drawn and quartered or pressed to death by huge planks of wood while a sharp stone pierced your back underneath! What a way to go! 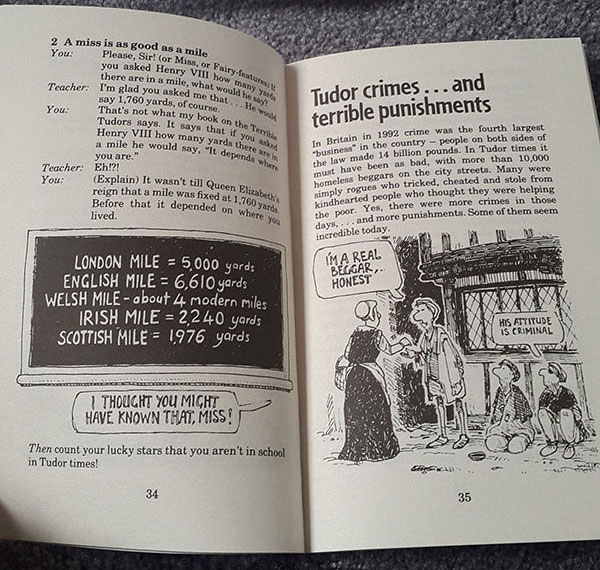 Life wasn’t all grim in Tudor times. There were games to play and William Shakespeare wrote his wonderful plays for people to enjoy too. A popular pastime was bear baiting which we certainly wouldn’t approve of today! Tudors also played football, enjoyed fishing, cards and dominoes. A regular pastime for some was going to watch a public execution. We can’t imagine that now and the children took a very dim view of it but back in Tudor times people thought little of it. Kids will enjoy the quizzes and games in the book along with the ever popular test your teacher section too.

Our children gave Horrible Histories Terrible Tudors the thumbs up and chose it as one of their favourites from the twenty-book box set. It’s packed full of information on the Tudors and related in the usual graphic but fun Horrible Histories way. The reign of Elizabeth I may be described as the “Golden Age” but we all agreed as a family that we would not have wanted to live in this period!