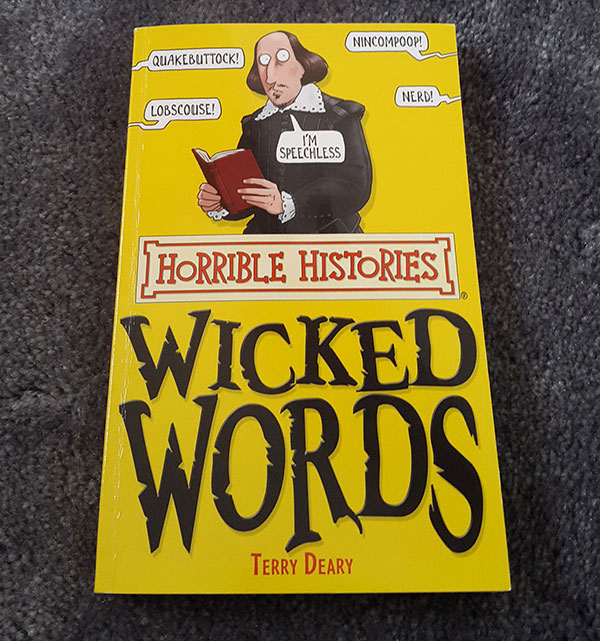 Have you ever wondered where certain words or sayings come from? Horrible Histories Wicked Words Book has all the answers you are looking for! It is packed full of explanations as to the origins of the English Language over the centuries along with foul facts, lots of gore and more!

Every Century Makes a Contribution

The books timeline demonstrates where our language began (AD 43) listing every era that made a significant contribution to our language right through to the 1980’s. Aimed at children aged 8 years and over the book makes a solid read therefore dipping in and out of this excellent paperback is the best way to take it all in. The book features some silly Medieval jokes, dreadful dictionaries and some fascinating poetry making it a fun read for kids while also being educational too. We think adults will find Wicked Words a great read too as with all Horrible Histories books it is packed with facts that even adults will not know!

Poetry played a huge part in the development of our language as most people in the old days were unable to read so poetry that was recited to them by poets was an alternative way of learning what was going on in the world. Some of the poetry is really gory as anyone who follows Horrible Histories will know that people throughout history have loved their gore. Some of the poems though violent in content are really funny to read due to the way they were written. Poets used alliteration (the same letter or sounds at the beginning of connected words) in their poems meaning people who listened to the poems were able to remember the words easily. For example, “To sit in solemn silence in a dull dark dock, awaiting the sensation of a short sharp shock”. 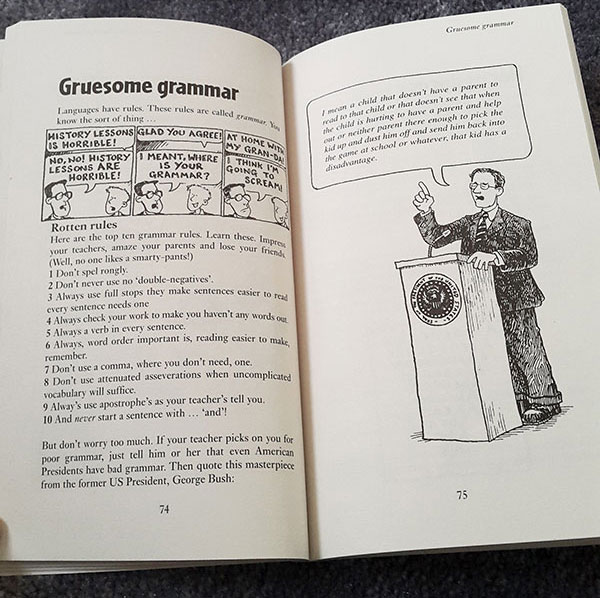 There’s a good little section on euphemisms where kids have to tie up the word with the meaning. We never actually thought about it before but euphemisms or, words that are used to lie as Wacky Words puts it, are total contradictions. Take for instance the phrase “Friendly Fire” used to describe when troops accidentally fire on their own soldiers. How friendly is that!! It’s the opposite of friendly but is a great example of a euphemism.

It’s so interesting reading how language has changed and evolved over the centuries. This book makes learning about words an absolute pleasure. There are plenty of giggles to be had along with plenty of “Oh right so that’s where that phrase came from” moments. Though the book is aimed at age eight and over we found reading parts with a younger child is a great way to introduce children to facts about language. Our seven-year-old liked the Vile Verse section with his favourite ditty being,